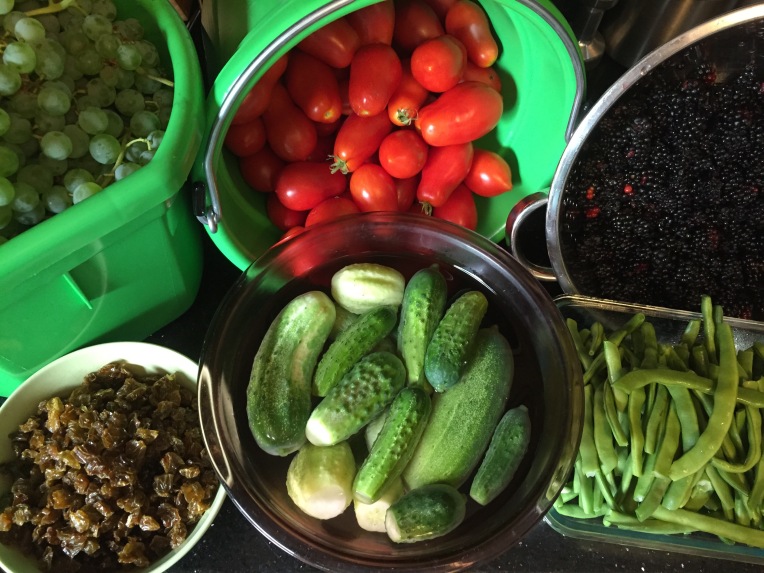 It’s all ripening. All at once. I am more pleased than I can say that this year’s garden is producing prodigiously, especially considering the late start we had due to seeds that didn’t germinate (Planted too early? Eaten by birds? Too old?) and other issues.  I’m delighted with the potential for delicious uses for all the produce. This year I planted far more Roma tomatoes than last year, hoping to be able to make salsa and soup to can, and considering the number of nearly-ripe tomatoes reddening on my windowsill and on the plants and the still-green ones that will be ready soon, I think I’ll have plenty. I’m making raisins from the seedless grapes, jelly from the wild blackberries, pickles from the cucumbers that my vines are suddenly producing in large quantities, and frozen and pickled green beans. With my mom here for a spontaneous visit, I actually have a better-than-usual chance of getting all of this done before the fruit and vegetables pass their prime. 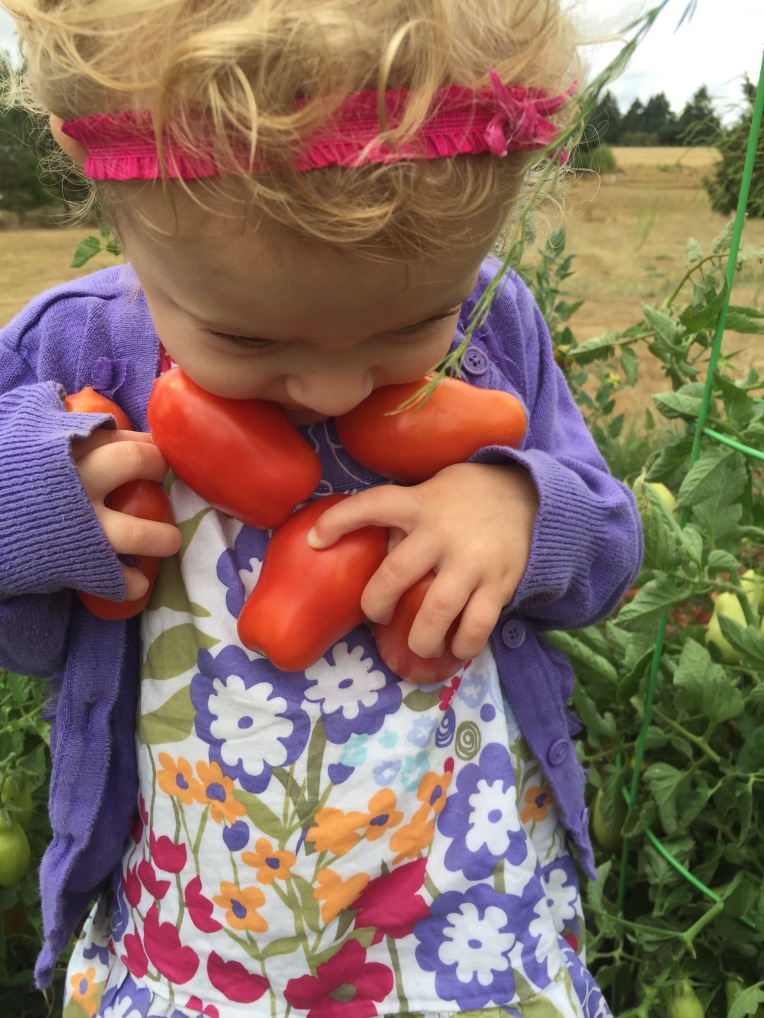 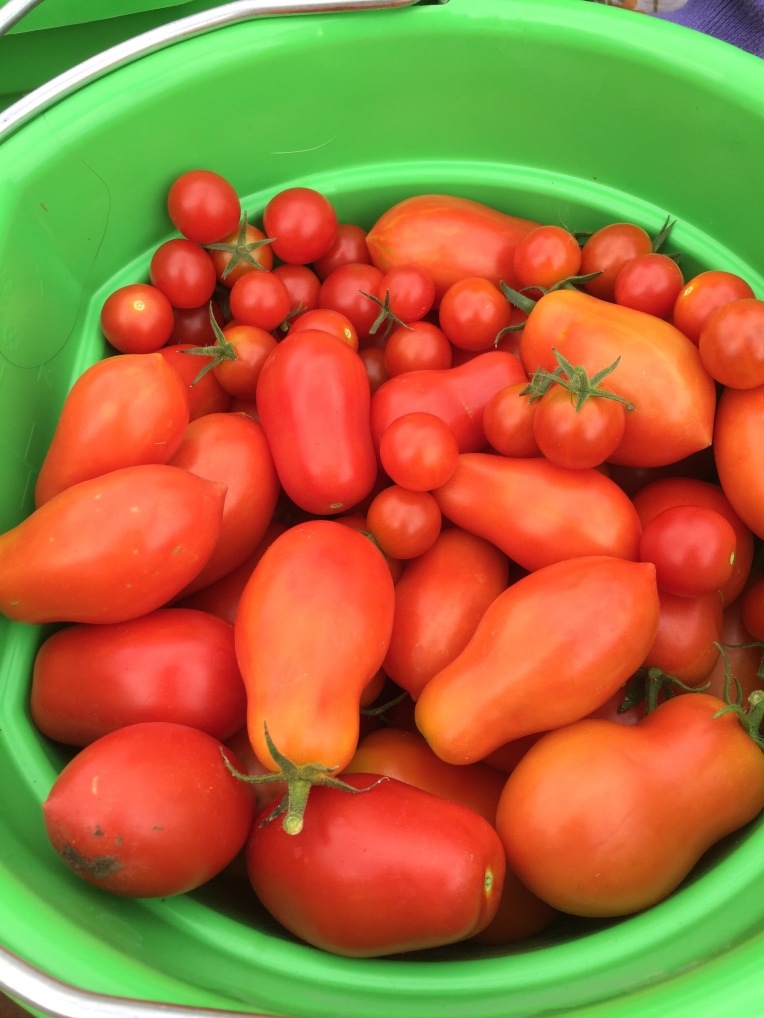 Still, I have to say, it would be really really great if I could set a timer on all my garden plants. If I could regulate summer vegetables’ and fruits’ behavior, things would be different. We’d kick off spring with blueberries and strawberries, three glorious weeks of each, then reducing the amount produced to a manageable cup or two per week thereafter for snacking. I could set the peas and lettuce to ripen with the carrots, along with cherry tomatoes and lemon cucumbers, so we could have fresh salad while freezing peas for winter. I’d time the Roma tomatoes, peppers (which are currently too small to harvest), and basil (which has now bolted) to mature simultaneously. The broccoli could provide three small heads and the zucchini a few small squash each week throughout summer, enough to eat some fresh and freeze the rest. The pickling cucumbers could ripen over a few weeks after the Roma tomatoes were done, with the dill (which I forgot to plant this year) ready to pick at the same time, and blackberries following soon after.  And the weeds? They wouldn’t get a timer. Nothing for weeds. 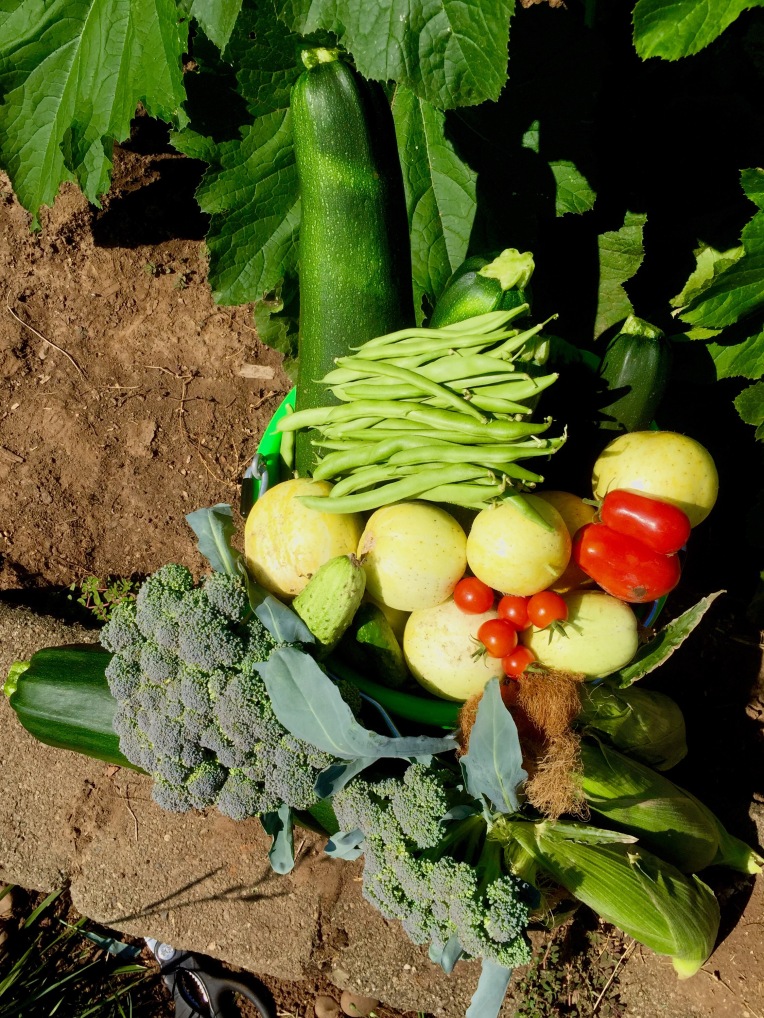 Yes, if I were in charge of summer, things would be much more orderly. None of these crazy amounts of fruit and vegetables all demanding to be picked and processed daily, lest they over mature and go to waste. No more weeks of waiting followed by weeks of frantic activity. No more vegetables rotting on the vine while others are being pickled and frozen. No more peas ripening to floury overmaturity while we frantically get weeds under control. No more! 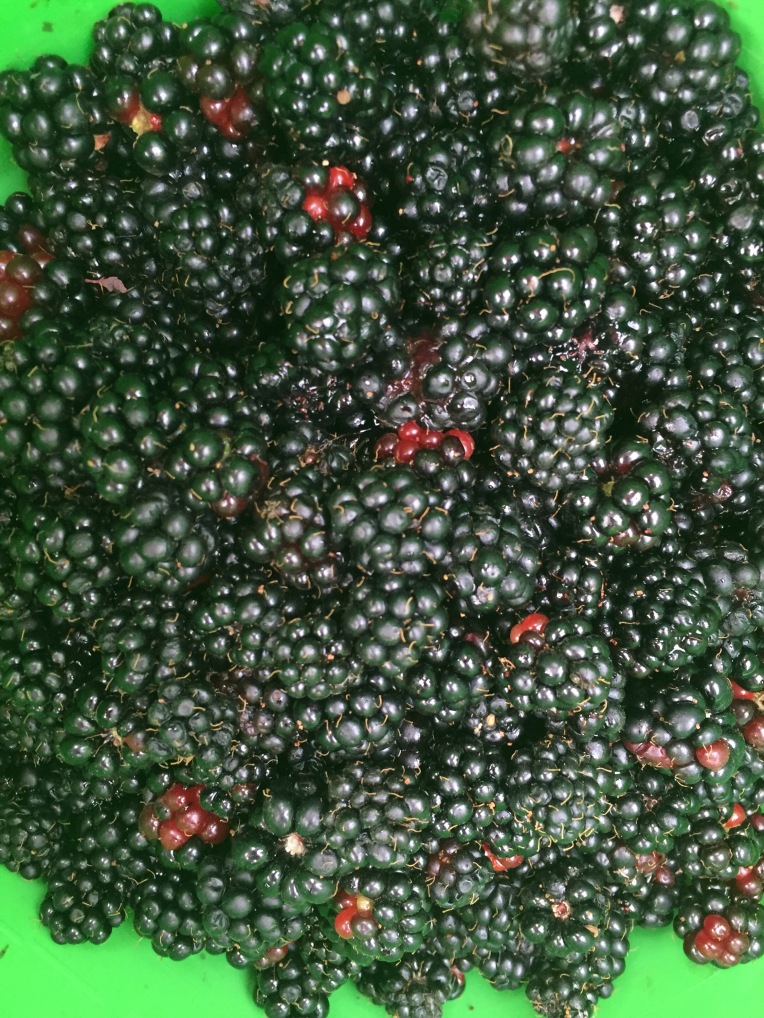 One thought on “If I Ran the Summer”