Have I mentioned that I grew up holiday-free? It’s one of the defining aspects of my character — now, as an adult, I love holidays like a kid because they’re all new and exciting, but I’m never sure how important they are to other people or whether I’m celebrating them quite right. Half the time, I only remember after the day has passed. Both this year, in kindergarten, and last year, in preschool,  Niko had no Dr. Seuss-themed shirt on Dr. Seuss’s birthday, and last year he failed to wear green on St. Patrick’s Day, because I forgot each time that the holidays were approaching. This year I did manage to purchase some St. Patrick’s Day green for the kids and me, and I did remember to get it out on the day, but only because I set two reminders on my phone.

I grew up as part of a Christian commune in Northwestern Ontario, and abandoning both secular and religious holidays was a choice we embraced as part of freedom from the chains of tradition, worldly entanglement, and religious law. Of course,  non-celebration then became a religious law…but that’s a topic for another time. Suffice it to say, our abstinence from holidays was a practice that derived from a sincere desire to have lives characterized by simplicity, with our focus on God rather than getting caught up in the frivolity and materialism of celebrations.

However, Easter is a holiday that was embedded in my psyche from a young age, albeit loosely. There were no visible trappings of the celebration in our community; we had no egg hunts, no frilly pastel dresses or spring hats. We did have giant, revival-style church services in the spring near Easter time, forever connected in my mind because of the abundance of seasonal candy for the event, but they had nothing to do with the holiday in reality; they just happened to be scheduled in the spring.  Despite our church’s eschewing of holidays, though,  Easter Sunday generally did feature Resurrection-themed songs and sermons, though the word “Easter” wasn’t necessarily mentioned. After all, unlike Christmas, Easter is celebrated at the historically correct time, just after Passover; and its celebration is much less gift-centered than Christmas, thus contributing less to the corruption of the soul. Occasionally someone would get unusually enthusiastic in the delivery of an Easter Sunday message, with a jubilant cry of “He is risen!” from the pulpit, echoed by a wide array of responses from the congregation — from a few sober  Amen’s, to a rousing Glory hallelujah! or two, to a few rebelliously traditional calls of He is risen indeed!

Anyway, what with the appearance of the best candy of the year, the onslaught of songs featuring imagery of rising from graves, and the occasional Easter sermon, Easter is a holiday that has remained on my radar — in the distance, anyway — from childhood on.

In past years, Aaron and I have let Easter pass with barely a nod — we often had a family dinner with his parents, but we didn’t do much ourselves. When we moved to our current home in Oregon, though, we realized that our move-in date would coincide with Easter. The first night we spent here was the Saturday before Easter. So we celebrated with Easter baskets for the kids (Sofia was just a baby, so hers just had enough in it to satisfy three-year-old Niko’s need to include her), and we had an egg hunt — Niko’s very first. 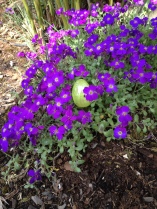 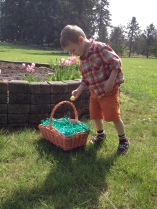 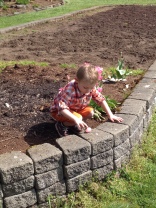 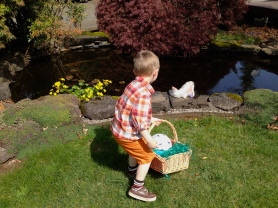 The next year, Niko discovered the joys of dyeing eggs. And decorating cookies. We did both with friends, which made it just that much more wonderful. Sofia was now big enough to tear into her own little Easter basket and even collect a few eggs, with help. We had a special Easter breakfast — Finnish pancake, a childhood favorite of mine. And Tradition was established. 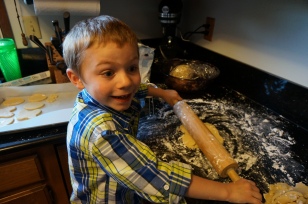 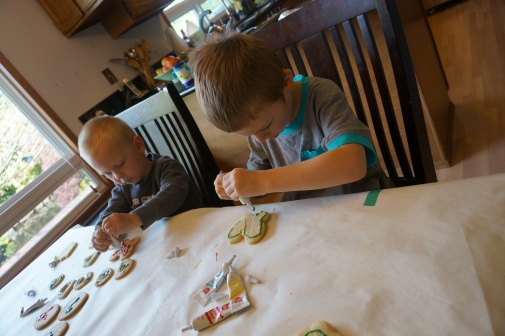 Last year, we went all out in preparation — Aaron and I found Easter presents for the kids together, we bought them both clothes for the occasion, and I, wanting to continue Tradition but caving to exhaustion and a bad cold, bought a sugar cookie mix for Niko. I even made the kids silly little sock bunnies, which I stuffed with rice and barley scented with an essential oil blend of warm orange and cinnamon. 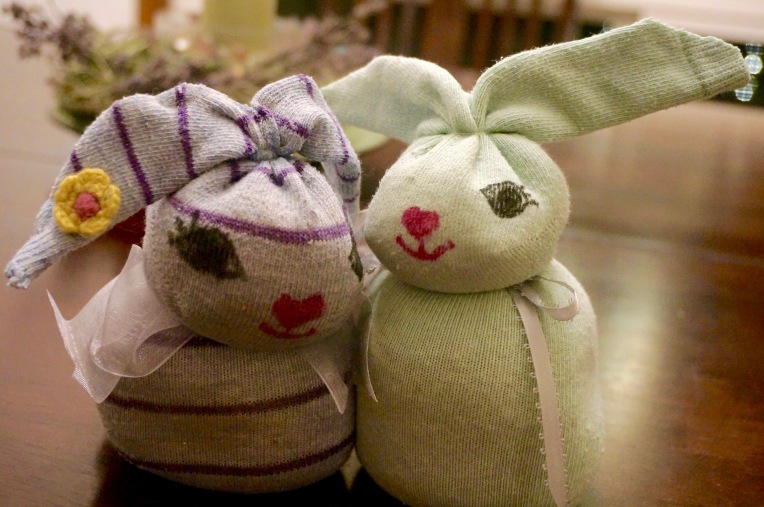 Niko flung himself into Easter preparations with delight. He was thrilled beyond words when I showed him the shirt I’d gotten him to wear on Easter. He reveled in the anticipation of the egg hunt and Easter basket. Not in the least disappointed by making cookies from a mix instead of from scratch, he happily stirred, rolled, and cut. When I got out the little tubes of writing icing to decorate them (another shortcut that was so very helpful), he authoritatively instructed Sofia in the correct ways of decorating them. We didn’t decorate eggs, sadly — I ran out of both time and energy.

Then, on that Easter Saturday (Aaron had a business trip for which he had to leave on Sunday),  I followed our year-old tradition and made a batch of Finnish pancake, my own recipe this time, which was so well received we ate almost the entire dish within half an hour. Niko and Sofia got dressed in their new Easter finery, and then we presented the toy-filled baskets. The kids loved their aromatic bunnies and springtime treats. While they explored their baskets and played with their kaleidoscopes, Aaron disappeared outside, as per Tradition, to hide eggs in artistic locations. Niko and Sofia hunted enthusiastically, filling their  baskets with candy-loaded eggs. They ate the decorated cookies. They read Easter stories. In short, they celebrated Easter thoroughly. 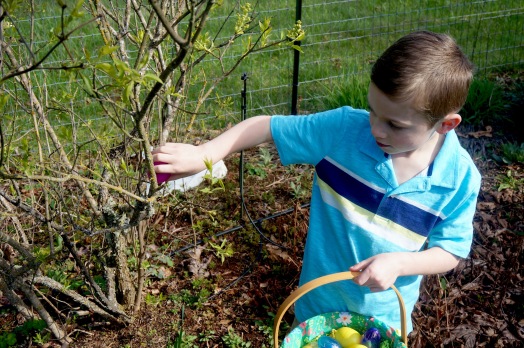 And now comes the conundrum. I haven’t just established Tradition. No, it’s worse: I’ve become entrenched in Tradition. My holiday-eschewing self is now trapped in the need to make Easter perfect for the kids — but this need is at odds with the reality of my personality, my history, and my health and general energy level. The obvious solution is to tone it down, little by little, year by year, until the kids are content with a handful of chocolate eggs and a store-bought, pre-decorated sugar cookie.

So, naturally, I’m amping it up this time. This year I started early! I purchased a spring dress for Sofia months ago, and successfully convinced her that it’s a special dress to be worn only on Easter — an endeavor that took more effort than all the cookie decorating and egg coloring of previous years. Finding an appropriate shirt for Niko (one that can be re-worn for school) was harder, as he’s at an awkward in-between size, but after patiently searching for just the right one, I finally found a reasonably suitable one. I have been researching egg decorating, and made an excursion to Goodwill a few weeks ago to find silk ties to dye extra-special eggs with colorful prints. I’m trying to learn how to empty eggs before dyeing so we can decorate eggs ahead of time and enjoy them as decorations, while not getting rotten egg odor. I’ve been eyeing the seasonal toy aisles for the best Easter selections. I’m pondering the virtues of mixing up a big batch of cookie dough and freezing it for later. I’ve halfway decided to sew the kids bunny stuffies from some of their baby pajamas, using a pattern I saw online. I even bought an Easter wreath at 50% off several weeks ago.

In short, I’m finding — somewhat to my surprise — that I’m anticipating the holiday almost as much as the kids are. Instead of the preparations being an energy drain, I find that they’re a bit invigorating. While I acknowledge that I feel somewhat bound by the tradition, I’m realizing that not all bonds and not all traditions have to be negative. As I’ve discovered over the last few years with Christmas celebrations, allowing myself to succumb to these formerly forbidden (or at least discouraged) activities is strangely freeing.  This formerly holiday-free mom is embracing the Easter spirit, and it’s so much fun.

3 thoughts on “Bound by Tradition”