On Niko’s birthday, we visited Liepold Farms in Boring, about 45 minutes away from our home, and brought home several pumpkins: a big one and two littles for carving, plus a few decorative ones. This weekend was rainy and chilly, and we decided it was a perfect time for carving.

I picked up some carving kits at Fred Meyer. I like using them rather than a knife because they’re very small, just right for detail work, and have sturdy handles for Niko to hold. These ones came with a book of patterns. Most of them were a bit scary, not good for a little boy who has nightmares at the drop of a hat, but there was one called “Captain Cat” that I decided we could use. I found two others online at Nest of Posies. This year I didn’t feel like designing my own pattern – maybe some other year!

Niko was so excited to be allowed to cut. Last year he was only able to scoop out seeds, but this year I let him do the cutting for the simpler curves while I guided the direction of the blade. He was sooooo careful. Of course, he had a blast scooping out the slimy innards as well. He was amazed that there were “spider webs” inside the pumpkins.

The Fred Meyer carving kit came with instructions that were a bit different than I’ve seen before. Instead of engraving or perforating the pumpkin’s skin to transfer the design, they recommended wetting the paper, smoothing it onto the pumpkin, and then covering it with cling wrap. I was intrigued and decided it couldn’t hurt to try. In addition, I wiped down the pumpkins with bleach water to reduce mold growth. See my steps below: 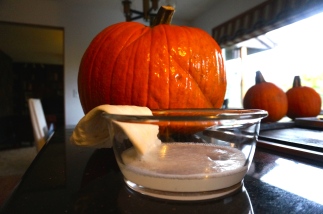 Wipe the pumpkins with bleach water. 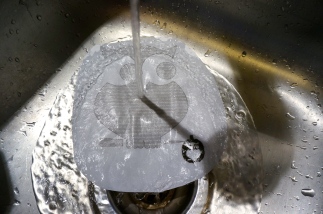 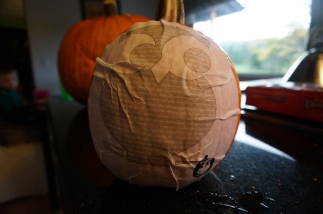 Smooth the design onto the pumpkin. 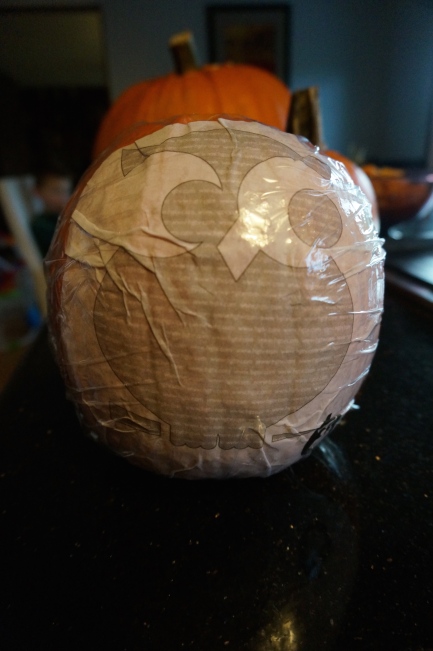 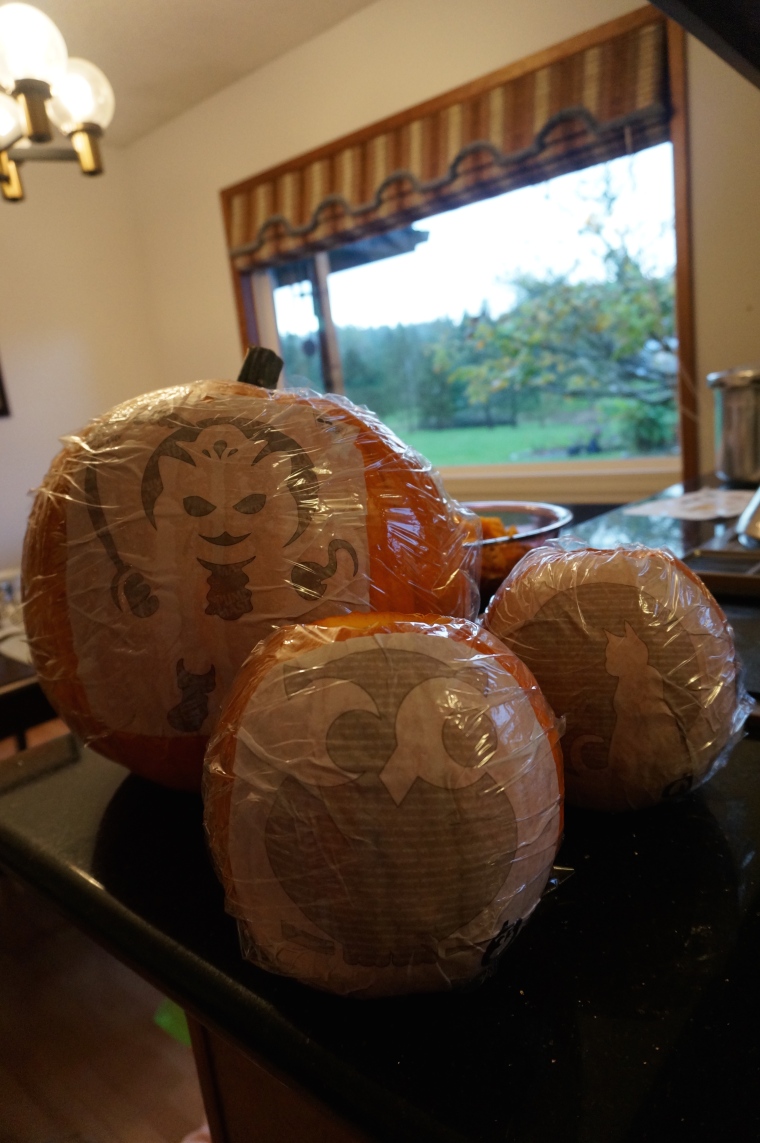 It worked fairly well. Aaron, who carved the Captain Cat pumpkin, said the cling wrap got in the way when he tried to cut small details, so he pulled it off and just left the wet paper on. The other designs were much simpler. I did find just a few spots where the cling wrap stretched rather than cutting smoothly – I just inserted the knife further along the design and cut toward the original cut. I think if I’d been the one doing the large cat design, the paper would have dried up and started peeling before I had finished. Aaron is efficient and fast. He had his done before I’d done the other two, and he started later. To be fair, I was doing mine with Niko’s “help,” and had to stop to feed Sofia and put her down for a nap. Anyway. If you can work fast, taking the cling wrap off is probably fine – otherwise, I recommend leaving it on. I found it was much neater and faster than the engraving or perforating method.

Here are the final products! Not bad for a four-year-old, a distracted mom of a nursing baby coming down with a cold (both of us), and a dad in the middle of cooking a meal. 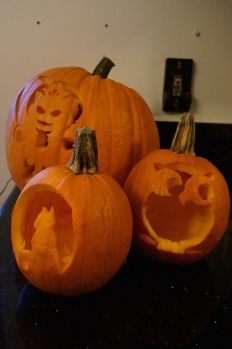 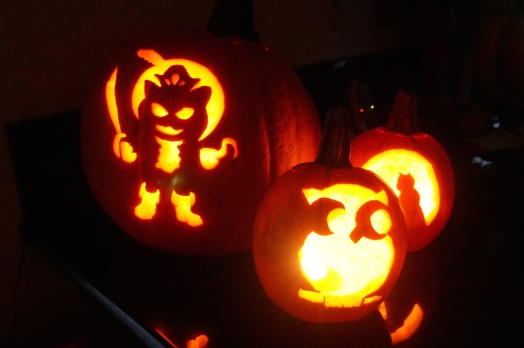